We have just added a new cartoon video on our YouTube channel! Our latest video discusses Pet Scams. The video will teach you about what a pet scam is, the possible warning signs that you may be being scammed, and what to do if you become a victim of a pet shipping scam.

We love helping pets have a smooth move and want to help you too!

At this time, generic e-mail inquiries and replies to Pet Travel Form submissions are taking about 2 business days from the time they are received. Priority goes to existing clients and those traveling the soonest.

We regret to inform you that all international services are currently suspended.

If you are interested in working with us, the quickest way to receive a response is to fill out our Pet Travel Form.  It will provide us with the additional details we need to see how we can best assist you.

Thank you for your patience and understanding. We look forward to working with you! 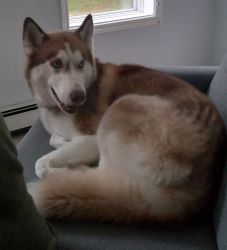 Elaine is fantastic!! We could not have gotten our dog from the United Kingdom to Alaska without her taking lead. She was with us every step of the way and when one of our flights was canceled for our pup she was worked diligently and got another flight scheduled,which ended up being an earlier flight, so we were able to reunite with our Atryeu’s even sooner. I cannot recommend enough!!! 5 stars!! 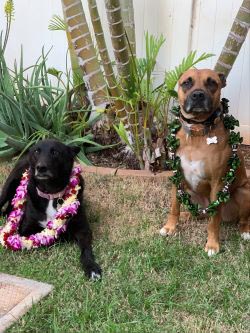 Thank you again for all helping us get our little family all together in Hawaii! We will for sure reach out again after this little adventure is over. 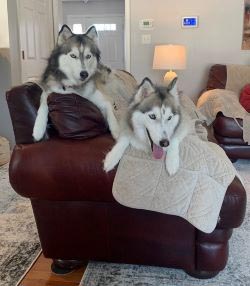 Kai and Laila are doing great and enjoying the snow! Thank you for everything! 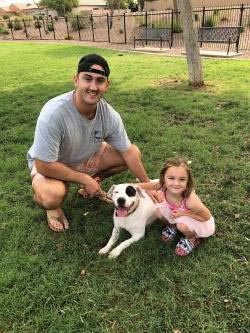 I could not have been happier with the tremendous customer support and follow up I received from using Happy Tails to assist me in moving my dog Puka. The process was very straightforward and when it came time to get her shipped off it was a breeze with all of the paperwork included in the packet. Every question I had was responded to within 1-2 hours over email during business hours, and if I needed an answer right away I knew I could just make a call. Happy Tails was able to take care of my dog so I could focus on transferring to my next command during extremely stressful Covid times. Thank you Happy Tails you guys rock! 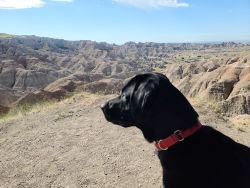 My family and I were moving from Illinois to Hawaii due to military PCS. As usual, military PCS is always one of the most stressful part of being in the active military, requiring a lot of my attention and coordination with multiple agencies and at the same time I was still working at my previous unit. Unfortunately, I didn’t have enough time to plan and coordinate our pet’s (Kona) travel. Thankfully we found Happy Trail Travel, specifically Kim, who helped us with our personal planned travel for Kona. Hawaii has a lot of requirement for pet travel which can be really stressful for anyone but Kim did all the work and research for us which took off a ton of weight over our shoulder. During Kona’s travel from Chicago to Seattle (for his flight to Hawaii) via ground transportation, we were worried about him having a separation anxiety. But thankfully, Kona had a great driver (Matthew). Matthew took care of Kona as if he was his own pet. He took Kona to National Parks along the way which distracted Kona from being separated from us. He sent us a lot of pictures at the park and I can tell Kona was having a great trip. As planned, upon our arrival, Kona arrived just less than an hour after my family and I arrived in Hawaii. We picked up Kona from the airport with no issue. Kona is reunited with us and enjoying the Hawaiian life.

I am very satisfied with the service and I have no regrets. And yes, I am planning to use Happy Trail Travel again for my next PCS move back to the mainland or other overseas assignment in the future.

Kim, thanks again for everything! 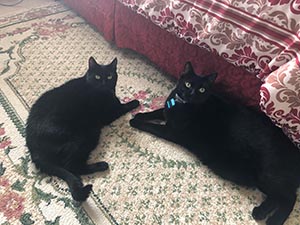 The kitties have adjusted great to their new home in Hawaii. Apparently, they took a liking to another family member & forget about myself & the children. Lol.

SJ, Spartacus, myself, & my little kids are all very appreciative of the help this business provided us for a smooth transition into our new lives. 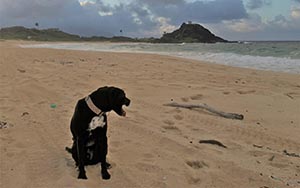 Popeye is really enjoying himself. He just looks very happy and comfortable being an island dog. The first day he was here we went to the beach and if he could talk I would bet he way saying “THIS PLACE IS SO COOL! THANK YOU FOR BRINGING ME HERE!!!” You helped make his trip very stress free and easy. I really appreciated the constant updates, immediately responses and hard work on your end. I felt confident the trip was going to be easy from day one having you on the case. Thank you so much for everything. You and your team really do a great job for people and pets that need help.

We’re both loving it here!

I am so very pleased with everything and the service y’all provided. This picture is as soon as him and John left the quarantine station! He was a very happy boy!! 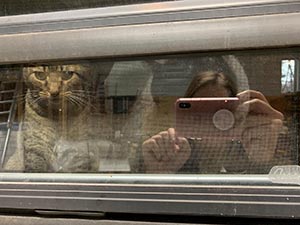 Thank You for following up. My babies seem to be doing great in their humble abode.I highly recommend your company to anyone shipping pets!Thank You again,
Erica T., Lucky & Mittens
Wahiawa, HI - Marquette, MI 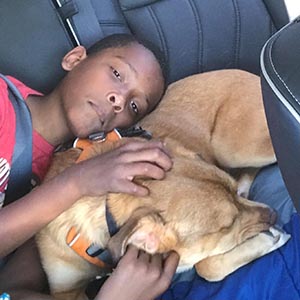 Thank you Bridget for bringing my nephew Cole from ATL to SEA! The experience working with you was amazing! Cole is adjusting well and has not skipped a beat since the transfer! I will recommend your company to anyone I know for future travels! Thanks again.

To get your pet moving right away,
please submit a Pet Travel Form